← back to
Fake Fangs Records
Get fresh music recommendations delivered to your inbox every Friday.
We've updated our Terms of Use. You can review the changes here. 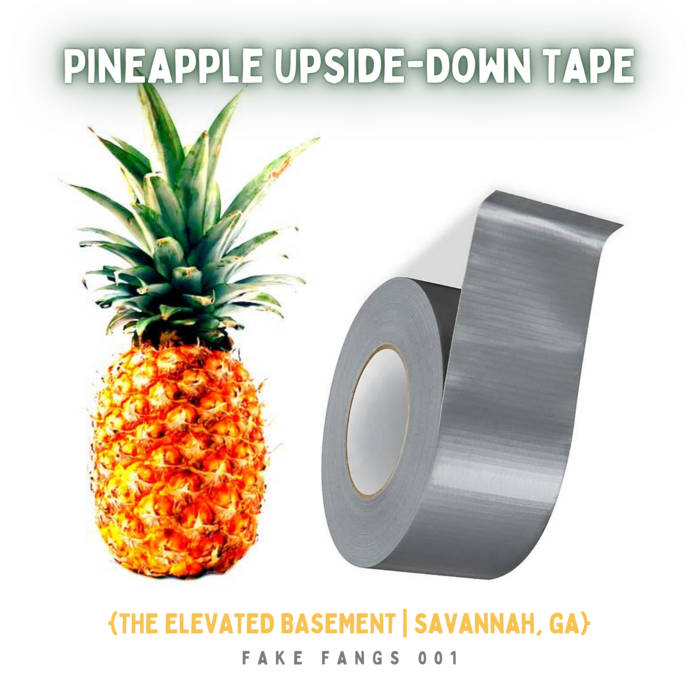 This is the very first compilation ever created of underground, original bands from the Savannah, Ga. area. It is drawn from sessions originally produced by Bill Hodgson in 1995, 1996 and 1997 at his DIY facility, the first incarnation of "The Elevated Basement."

In mid-1997, it was released in a strictly limited-edition of only 300 hand-made cassettes. Those sold out almost immediately, and are now virtually impossible to find at all, let alone in decent, playable condition.

After locating the Original 2-Track Masters, which had been stored in climate-controlled conditions for 23 years, they were carefully transferred and remastered at Savannah's new and improved Elevated Basement Studios by that room's current owner Kevin F. Rose -- who had actually engineered and mixed some of these very cuts back in the late 1990s.

This Digital Reissue is an astonishing improvement in fidelity compared to the initial cassette release. For the first time ever, listeners can finally hear these recordings as clearly as they were heard by the participants at the time of their creation.

This compilation marked the public debut of each of these 13 tracks, some of which were recorded specifically for inclusion herein, and most of which were never made available anywhere afterwards.

Taken together, they offer a compelling, intimate glimpse at some of the finest examples of this sleepy, swampy Southeastern city's thriving original music scene of that time period.

While three of the featured acts (SUPERHORSE, GAM and GREG WILLIAMS) still perform -- and occasionally record -- to this day, the rest have been either inactive or quite defunct for years, and in some cases decades.

The other acts featured on the PINEAPPLE UPSIDE-DOWN TAPE contain a few musicians who are still active today in the Greater Savannah Ares, albeit in different groups -- such as Craig Johansen, who can be heard playing guitar and singing backup on GLASSPACK's contribution and is currently a key member of numerous local combos, guitarist Laura Pleasants of THE FLYS, who went on to enjoy worldwide acclaim as a member of KYLESA and now fronts THE DISCUSSION, and guitarist Mike Hughes of ALUTA, who releases home-made albums with BLUE BETTY and under his own name.

Sadly, the unique and charismatic frontmen Kujo Oti (of ALUTA) and Joe Holmen (of MAYHEM) have both passed on, far too soon.

FAKE FANGS is thrilled to rescue, preserve and document this unpretentious cross-section of lost Southeastern alternative music -- not only for those who were there the first time around, but for future listeners and fans as well..

All Tracks Recorded and Mixed at THE ELEVATED BASEMENT in Savannah, Ga. by BILL HODGSON

All Songs Appear Courtesy of Their Respective Authors

This reissue is dedicated to Brian Jones, and all the other dinosaurs that got kicked out of the band.

Each of the acts included on this landmark underground compilation performed live in various Savannah-area venues, save for SHITROCKET and THE SHANKS, both of which were studio-only projects.

A few of these artists, such as GAM and GREG WILLIAMS, toured as far as NYC and Los Angeles, playing some of the most notable showcase venues in the country. ... more

Bandcamp Daily  your guide to the world of Bandcamp

Mille Petrozza stops by to talk about the new Kreator album, plus music by Trauma Bond